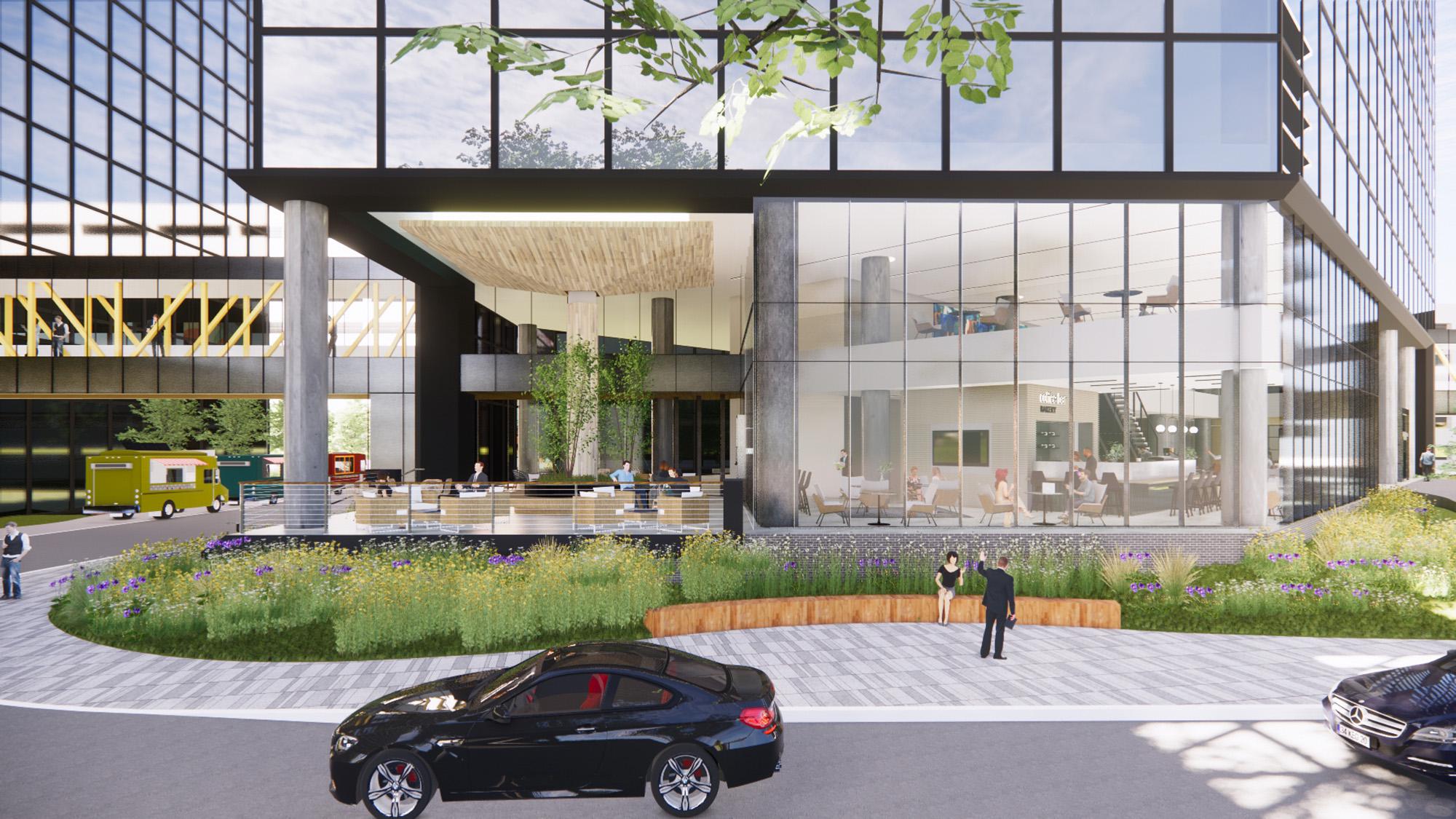 Coterra Energy — formed last year from the $17 billion merger of Houston’s Cabot Oil & Gas and Denver’s Cimarex Energy — is setting up a 122,000-square-foot, six-story headquarters at Three Memorial Square. Cabot Oil has been in the building since 2008, occupying just under 100,000 square feet over four floors.

MetroNational, the owner and developer of Memorial City, a 300-acre mixed-use development on Interstate 10 in Gessner, will transform a trio of former office buildings just south of Memorial City Mall into a modern campus with interior spaces and outdoors to connect with colleagues and business associates.

Work on a comprehensive renovation project has already begun, with the aim of creating a workplace with common spaces to connect with colleagues and other features designed with tenant well-being in mind. Delivery is scheduled for the fourth quarter of 2022.

Reinventing the experience at Memorial City Plazas will provide tenants with new places to work and socialize outside of their office and also entice remote workers to come into the office, said MetroNational President Jason Johnson.

The project signifies the company’s continued commitment to investing in and redeveloping Memorial City for the long term, Johnson said.

On HoustonChronicle.com: Exxon will move its headquarters to Houston, from Irving in the Dallas area

At the center of the project will be The Porch, a new covered outdoor dining terrace with spaces for food trucks, events and a specialty cafe inside. Other amenities will include a fitness center, full-service conference center and meeting rooms, updated lobbies with expanded seating, and contactless technology with key card access. Air-conditioned footbridges connect the towers and the car parks.

The location next to amenities such as shops and restaurants at Memorial City Mall and Memorial City Shops played into Coterra’s decision to renew its lease, the company said. He began relocating employees to Houston from Denver and other cities.

“This is an opportunity for Coterra Energy to relaunch our business with a new workspace for our Houston headquarters,” Chris Clason, senior vice president and chief human resources officer for Coterra Energy, said in a statement. “We could have moved anywhere in Houston, but our employees love this place and are excited about the plans for the reimagined complex and Coterra offices.”

The 10-plus-year deal, one of the largest office leases to be signed in Houston recently, comes as demand for office space in Houston remains weak after two oil blasts in less than a decade and uncertainty about long-term business space needs as more people work remotely.

As office leasing activity picked up in the fourth quarter with demand increasing by nearly 200,000 square feet in the Houston area, businesses vacated 1.9 million square feet of net space in 2021, according to the real estate company Colliers International. With an office vacancy rate hovering around 23% at the end of 2021, Houston has one of the most vacant office spaces of any major metropolitan area in the country.

MetroNational’s 3.2 million square foot office portfolio is 90% leased, according to the company.

The company will open a 180,000 square foot office building this year at 9735 Katy Freeway that was suspended in 2020 at the start of the pandemic, Johnson said.

Founded in 1954, MetroNational owns and manages more than 10 million square feet of commercial real estate properties. Its largest property is Memorial City, which includes a shopping mall, numerous office buildings, hotels, apartments, and a hospital. Sears was demolished in 2020 to make way for future upgrades to Memorial City Mall.

Ziegler Cooper is the architect for the new project, while Design Workshop is the landscape architect. Coterra Energy was represented by Jim Bailey of Cushman & Wakefield and Lucian Bukowski of CBRE.