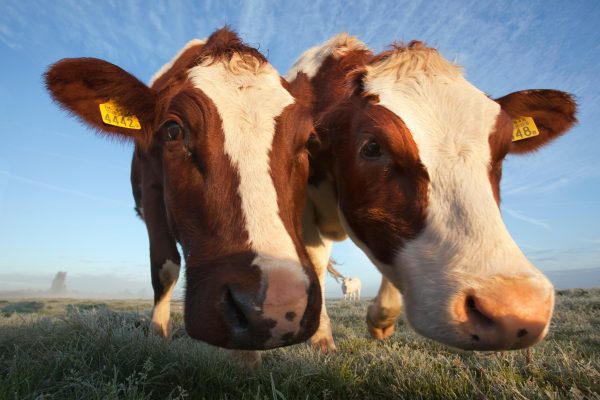 Farming Life: ‘The scale of inflation is mind-boggling… January’s price of our milk is double what we made with our budgets’

As inflation sets in, farmers are, for once, making hay, says Jamie Blackett.

“He looks like a wolf. We put all our croissants and hobbles to the telescope placed judiciously near the window, in fact rather a glass wall, in our chalet. He turns out to be a fox, but the initial confusion is understandable: he has a gorgeous brush and enviable lupine skin. Just as it’s my turn to turn on the telescope, it pounces on an unsuspecting rodent under the snow and a carnivorous fight ensues.

We ski and, although this is theoretically an agricultural chronicle, I do not apologize for going a little off-piste. Nothing better illustrates the current effervescence of the agricultural world than the fact that your columnist has hit the slopes.

There was a time when agricultural commodities seemed destined to fall in price while almost everything else, including wages, rose inexorably and I thought we could never afford to go on vacation again, let alone ski.

Now, as milk and wheat reach historic highs (in nominal if not, by far, in real terms), the squirerarchy is finally able to rub shoulders with the lifts of plumbers and electricians without feeling like poor relations .

I don’t think inflation has quite sunk, certainly not for those who seem keen to promote its main architect to premiership (not football). For most, this may usher in the impoverishing retro-misery of the 1970s.

For farmers – I should feel guiltier than I am writing this – it feels like the balm of divine rain at the end of a devastating drought. My father’s generation was farming in a time of skyrocketing inflation. This helped pay off their debts and iron out mistakes. My generation has, until very recently, had to live with closed fists with decisions and scramble to pay off their mortgages by diversifying madly. Not anymore, it seems.

The scale of inflation is staggering. My man in the Bob-the-Builder hat tells me that if I were to invest now in the gleaming new dairy we built 18 months ago, it would still cost half as much. The January price of our high fat milk (which is always higher because milk is scarcer and more expensive to produce) was exactly double the 25 pence a liter on which our bank manager, John le Sage, we carefully taxed our budgets. I shudder to think of the interest rate we would have ended up paying on the loan he kindly extended to us, after months of hard negotiations, if we hadn’t set it for a generation.

I’ve been farming long enough to know it’s a game of snakes and ladders. There is always an unforeseen circumstance around the corner. I remember when Putin annexed Crimea, sanctions were applied, dairy exports to Russia stopped, and the sudden oversupply in European markets caused prices to plummet and the bankruptcy of dairy producers. Meanwhile, at the Ukrainian border…

But for now, I prefer to slide on the ski slopes of the French Alps, rather than on the snakes. It’s dangerous from a physical rather than a commercial point of view, especially after lunch. I might still be lying on my back laughing in a field of bumps if not for the patience and team spirit of my kind companions.

Savoie is the perfect destination for a dairy farmer looking for an incursion to boost morale. Savoyards have a strong appreciation for cheese in all its most delicious forms. We should demand that UK broadcast media follow Veganuary with a month of Savoyard cooking shows for ‘balance’.

It was not, however, an ornithological treat. The Axis of Spite always tells us that the UK is particularly bad for wildlife, mainly because we don’t have continental ‘forest’ cover. Yet, apart from a few crabs and crows on the peaks, the odd buzzard, and a kill of crows devouring near the restaurants, we saw little. In the (forest) valleys, even by smoky mounds that would be covered with birds at home, there was a fraction of the avifauna we would see on similar upland farms here.

I can’t help but think that the French Revolution and its startling effects on the pattern of land ownership meant that every little tree was felled within an inch of its life to produce the neat log piles at the Outside each dwelling, plus a noticeable absence of gamekeepers – but the RSPB’s Big Garden Birdwatch can draw different conclusions.

Jamie Blackett farms in Dumfriesshire. His next book ‘Land of Milk and Honey: Digressions of a Rural Dissident’ (Quiller) is due out in June.

Cattle ranching on natural grasslands can continue as normal – cutting down the forest to grow more beef is another matter. Credit: Alamy Stock Photo

Jamie Blackett champions animal husbandry on the urban media trail in the wake of ‘Veganuary’.

Jamie Blackett’s dispatches from Storm Arwen and the havoc she caused.

The River Spey between Boat of Garten and Grantown on Spey, The Highlands. Credit: Alamy

Joe Rossano’s school of salmon will be on display for COP26 delegates. Will they heed his message? Credit: Joe Rossano

With COP 26 due to start on October 31, Jamie Blackett suggests delegates take a moment to reflect on the situation