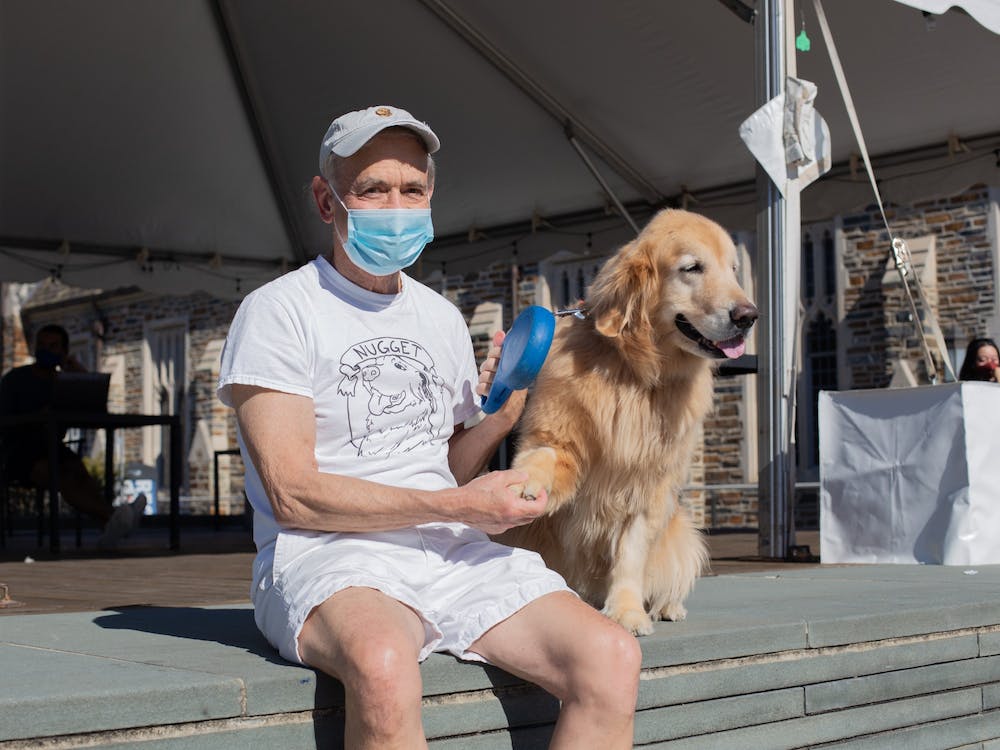 From President Price to Peaches: Biggest Duke Stars You Need To Know

Whether it’s your first year or your last, there’s always someone at Duke you might not know. The Chronicle is here to help you. Here are some of the biggest stars in college to look for, on campus, on Zoom, or in your inbox.

Parts of this story have been adapted from “From administrators to animals, here’s who you need to know at Duke. “

President Vincent Price is entering his fifth academic year at the helm of Duke. Price’s tenure saw the removal of a statue of Robert E. Lee at the entrance to Duke Chapel and an increase in the University’s minimum wage to $ 15 an hour. Over the past year, his decisions have included closing the campus at the onset of the pandemic, returning students in fall 2020, and promising new anti-racist initiatives.

In the past, Price has been spotted walking around campus with his Scout dogs, a golden doodle, and Cricket, a labradoodle.

Coach Mike Krzyzewski has been the head coach of the men’s basketball team since 1980, leading the Blue Devils to five NCAA Championships and 12 Final Fours. In June, Coach K announced he would retire after the 2021-22 season.

K-Town is the area outside of Cameron Indoor Stadium where undergraduates camp for games, including tents for weeks on end for a spot in the highly anticipated game against the University of North Carolina at Chapel. Hill.

Jon Scheyer is the associate head coach of the men’s basketball team and will be the successor to coach K. Scheyer was a Blue Devil point guard from 2007 to 2010 and returned to Duke in 2013, quickly rising from ‘special assistant in his current title in 2018.

Gary Bennett is Vice-President, Undergraduate Studies and Professor in the Department of Psychology and Neuroscience. He was involved in important decisions during the pandemic, including those regarding rating policies and Duke’s response to the pandemic.

Get The Chronicle delivered straight to your inbox

Subscribe to our weekly newsletter organized by an editorial. Cancel anytime.

Mary Pat McMahon is Vice-President and Vice-President of Student Affairs. Alongside Bennett, McMahon has been a key player in crucial conversations during the pandemic, including those about housing, COVID-19 restrictions and Mental Health.

John Blackshear is the Dean of Students and Associate Vice President of Student Affairs. In the past, he was Senior Associate Dean for Academic Planning, Clinical Director of the Academic Resource Center, Student Ombudsman and Psychologist for Counseling and Psychological Services. He is perhaps most beloved, however, for his role as Professor in Residence at Trinity Dorm on the East Campus.

Valerie Ashby is Dean of Trinity College of Arts and Sciences, a title she has held since 2015. In recent years, Ashby has championed reform of Trinity’s introductory undergraduate program.

Jeff Glass is the temp worker Vinik Dean of the Pratt School of Engineering, succeeding former dean Ravi Bellamkonda who left for Emory University in June. Glass is a professor of electrical and computer engineering and previously was Pratt’s senior associate dean for innovation in education and learning.

While at DSG, Wang worked to increase financial support for pre-orientation participants, initiated the S / U rating policy during the pandemic, and helped establish the Blue Devil Buddies mentorship program.

Senior Ysanne Spence is this year President of Duke University Union and aims to strengthen DUU’s ties with the Duke student body and build its internal community.

Founded in spring 2020 by Duke students, Duke of mutual aid provides emergency aid funds to any student, campus worker or Durham resident in need. In addition to completing over 400 requests for assistance and raising over $ 65,000, DMA has partnered with Durham Congregations in Actions and seeks to continue its partnership with the community of Durham to advance the goal of mutual aid. in the BIPOC and LGBTQ + communities.

A golden retriever who makes appearances on all of Duke’s campuses, Nugget offers stressed students a break from their busy schedules. Never far from its owner, Keith Upchurch, Trinity ’72, the two have been iconic campus figures since 2012. Many Duke students who come to see Nugget have also become close to Upchurch.

Even in the midst of the pandemic, the two have maintained their routine and can be found at their usual locations like the benches outside of Marketplace or the Brodhead Center.

Peaches, a calico cat with his own Facebook and Instagram fan group, lives in a heated house near Keohane Quad on West Campus. Mamabean, another calico cat, may appear to be Peaches, but make no mistake about it.

Milla Surjadi is a sophomore student at Trinity and editor-in-chief of academic news for The Chronicle’s 117th volume.