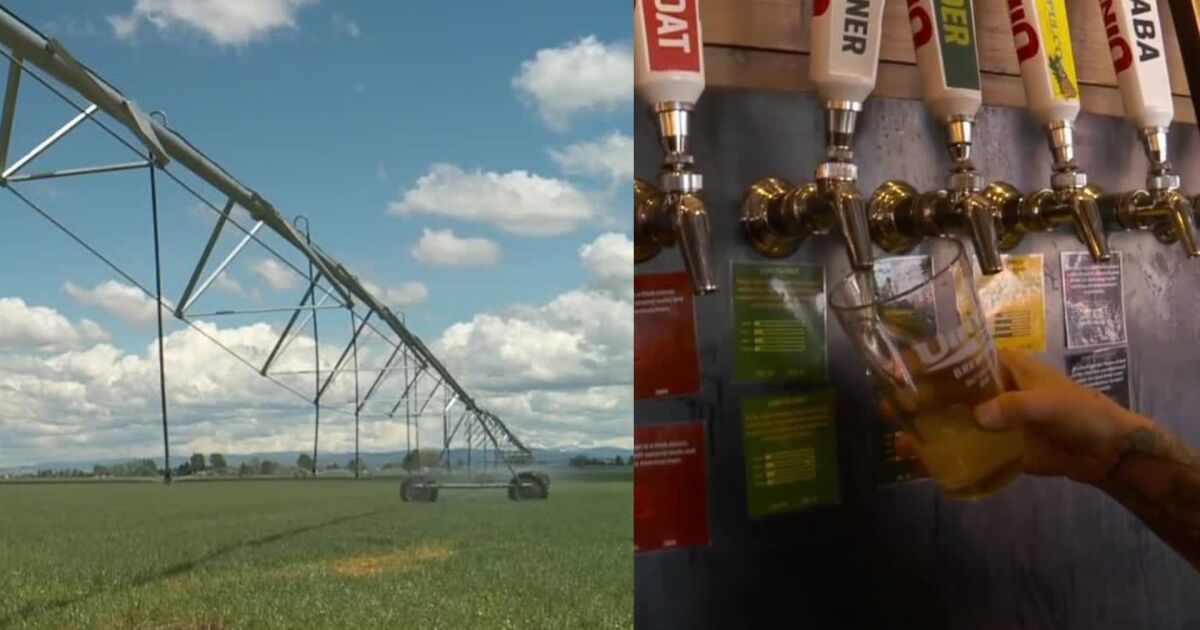 How Idaho barley drives up the price of Utah beer

He raises grain on his family farm outside of Idaho Falls, Idaho. These days, his crop is in demand.

“We’ve seen prices go up on the shelf between 25 and 50 cents, mostly on a six-pack,” said Jeremy Ragonese, president of Uinta Brewing Co. in Salt Lake City.

READ: Farmers use regenerative practices to conserve water and adapt to climate change

The Idaho Barley Commission predicts barley prices will be at least 40% higher this year than they were last year. This helps drive up the price of beer across the country.

Idaho is the top barley producing state – responsible for about a third of US production. Only a special strain, called malting barley, is used in commercial beer.

Ragonese says Uinta gets most of its barley from Intermountain West, particularly Idaho.

“Since the fourth quarter of last year,” he said, “we have seen increases of around 25% on our two-row standard malts only, and this may be even higher on some of our specialty malts.”

Barley costs began to rise after production in Idaho fell about 20% in 2021, according to the state commission.

Another factor in the increase in barley prices: Ukraine was a large grain-producing country, and the war stopped its exports there. This has increased the price of all cereals.

READ: The cost of making beer is rising

Some farmers may find it more profitable to plant corn or wheat rather than barley, said Michael McCullough, an agribusiness professor at California Polytechnic State University who studies beer economics.

“I think we are really starting to see, especially artisanal producers, small producers, price increases. And that’s something that really didn’t happen. And in a decade.

Uinta beers can be found from Pennsylvania to California. Ragonese says breweries like his are in a better position than much smaller craft brewers.

“They don’t have the long-term contracts that a Uinta or a bigger supplier maybe has,” Ragonese explained.

Arave says it’s time people started thinking about where their food – and their beer – comes from.

“‘Farm to glass’ is kind of what we like to say,” Arave said.