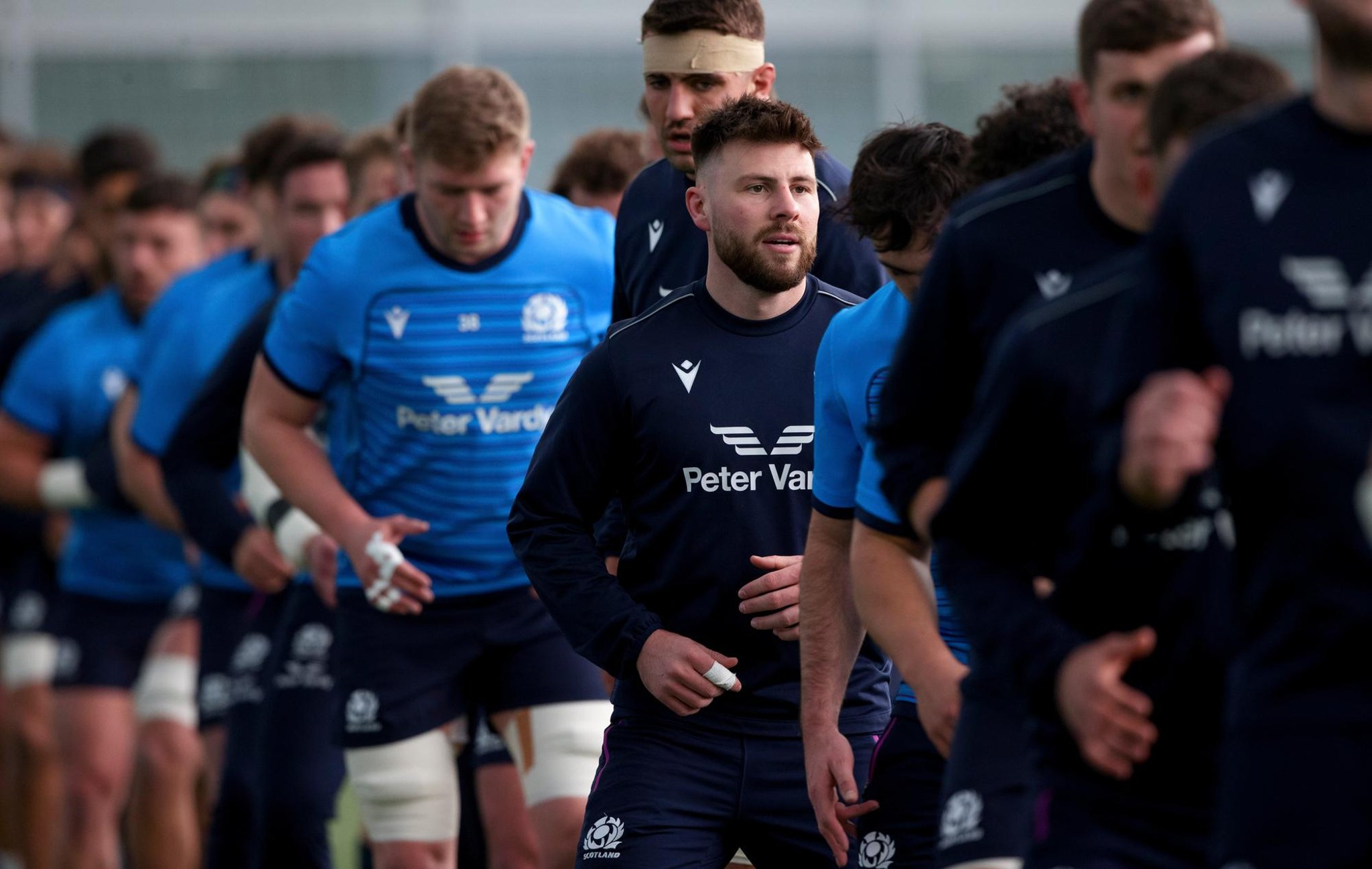 The popular Glasgow Warriors player is on track to break the 50 cap mark over the next few weeks as he enters his sixth Six Nations campaign.

Register to our daily newsletter

The newsletter mute the noise

It all starts with England’s visit to BT Murrayfield on Saturday and, as Townsend ponders tough selection decisions at inside center and No.8, it would be a huge shock if Price isn’t chosen alongside his former halfback partner, Finn Russell.

Price, a natural enthusiast, thinks the current team is full of talent and good enough to challenge for the title. Three Championship wins have been the glass ceiling for Scotland since the Five Nations became Six, but the scrum-half thinks it’s time to break through.

“It’s about the lucky guys in the 23 to go out there and put on a performance that we’re all proud of and the nation is proud of. I hope that’s what gets us across the line.

“It’s a solid team and everyone is confident. There are plenty of fit guys out there looking to get out there and enjoy it and hopefully get the best possible start.

Scotland did it last year, beating England at Twickenham for the first time in 38 years. But narrow home defeats to Wales and Ireland set them back, although they finished strongly beating Italy at Murrayfield and France in Paris.

“If you get four wins, you knock on the door last weekend to see where you end up,” Price added.

“Last season we had some famous away wins that we hadn’t managed to get for several years, but it was six or seven match points in total that covered the home defeats, while in in the past years, we’ve managed to win our home games and not win the away victories.

“He’s trying to put it all together, that’s the challenge. That’s the challenge for all the teams to get those four or five wins and get the title, and that’s no different for us. We’re entering in this project wanting to win every game and hopefully if we can put everything together, take advantage of the experiences of last year and the year before, we should be well placed last weekend.

Ali Price, right, and Finn Russell were both part of the British and Irish Lions squad this summer and are due to line up for Scotland against England on Saturday (Photo by Ross Parker/SNS Group)

According to Price, the missing ingredient is obvious.

“Coherence,” he says. “We had this great win at Twickenham, which was the first in 30 odd-numbered years, and we were in a great position the following week against Wales in terms of scoring, but they got it one point to the end. Ireland, again, was a three-point game.

“This tournament is about trying to build momentum early on. Getting the board win in week one and week two puts you in a good position on the board, so that’s what we’re going to try to do. That’s what we do in training now; refine and prepare for the first game because you can’t look past the first game, that’s huge.

Price and Russell look set to take on Ben Youngs and Marcus Smith, the likely England nine and ten who are at opposite ends of their careers.

No one has started more England Tests at scrum-half than Youngs, 32, who made his international debut (on the wing) at Murrayfield in the 15-15 draw in 2010 when Andy Robinson was in charge of the Scots and led a team. against England for the first time.

Smith, on the other hand, is playing in his first Six Nations having impressed at flyhalf in wins over Australia and South Africa. It’s a huge test for the young Harlequins playmaker who won’t have Owen Farrell out of him due to the latter’s serious ankle injury. Price thinks that will put more responsibility on Youngs to guide Smith through the occasion in what is sure to be a rowdy atmosphere on Saturday.

“Ben Youngs plays a huge role for the England team, especially now that Farrell is out,” Price said.

“Ben Young has over 110 caps for England and has huge experience. He’s a very cool and calm player. Having someone like that inside Marcus will help them. But Marcus is always going to play like he does. usually does. Similar to the way we play here in Scotland in terms of control. But we have our own ten in Finn who can interrupt a match at any time.

“For us, it’s about being aware of what Marcus can do and trying to undo any off-the-cuff moves he might try to pull off, and just trying to put pressure on him.

“It will be quite a noisy environment. Anything we can do to put some energy behind us and maybe get England players to question their decisions or sow doubt in their minds, we’ll reap every possible benefit.