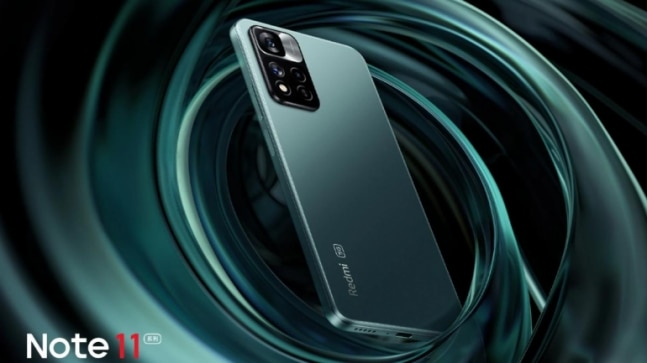 Redmi Note 11 launch soon: specs, features, launch, price in India and everything we know so far

The launch of the Redmi Note 11 series is just around the corner. Xiaomi has just confirmed that the launch will take place on October 28. The brand has already started teasing the range, confirming several details. A new leak has now appeared to add to the details already known.

It has been confirmed that the popular Redmi Note 10 will get an upgrade soon. Like the current lineup, the Note 11 series would bring three models – Redmi Note 11, Redmi Note 11 Pro and Redmi Note 11 Pro +. Xiaomi presented posters of the upcoming Redmi Note 11. In the pictures we can see Redmi Note 11 with flat sides. On the back, it has a rectangular camera module that appears to house four cameras and an LED flash. The rest of the panel is clean with a Redmi 5G logo on the back. There is a perforated display on the front.

The Redmi Note 11 is 8.34mm thick. The power button and volume buttons are placed on the right. It looks like the fingerprint reader is built into the power button itself. There is a USB-C port, microphone, and speaker at the bottom. At the top, the device houses a 3.5mm audio jack, IR blaster, and JBL tuned speaker.

On top of that, a Chinese tipster has shared full details of the Redmi Note 11, Redmi Note 11 Pro, and Redmi Note 11 Pro +. According to which, the standard Redmi Note 11 will feature a 6.5-inch Full HD + LCD screen with a refresh rate of 120 Hz. The screen will be protected by a layer of Gorilla Glass Victus. It would also feature the MediaTek Dimesnity 810 SoC. The device can get up to 8GB of RAM and 256GB of built-in storage.

Redmi Note 11 is designed to achieve a dual rear camera setup consisting of a 50-megapixel Samsung JN1 main sensor and a 2-megapixel depth sensor. However, the posters feature a triple rear camera on the device. So there isn’t much clarity on the Redmi Note 11’s camera system, at the moment. The Redmi Note 11 could get a 5000mAh battery with support for 33W fast charging.

In contrast, the Redmi Note 11 Pro would sport a 120Hz AMOLED panel. The device could be powered by a slightly more powerful MediaTek Dimensity 910 SoC. It can be paired with up to 8 GB of RAM and 256 GB of storage. In terms of cameras, Redmi 11 Pro can sport a 108-megapixel Samsung HM2 main sensor, an 8-megapixel Sony IMX355 ultra-wide lens, and a 2-megapixel depth sensor. Up front, it can get a 16-megapixel shooter for selfies. 5000mAh battery with 67W load can power this device.

Finally, the top of the range Redmi Note 11 Pro + is expected to feature a 120 Hz AMOLED panel. The smartphone can be powered by MediTek’s flagship DImensity 1200 SoC. Other hardware specs would remain the same as the Pro, in addition to 120W fast charging support for this model.