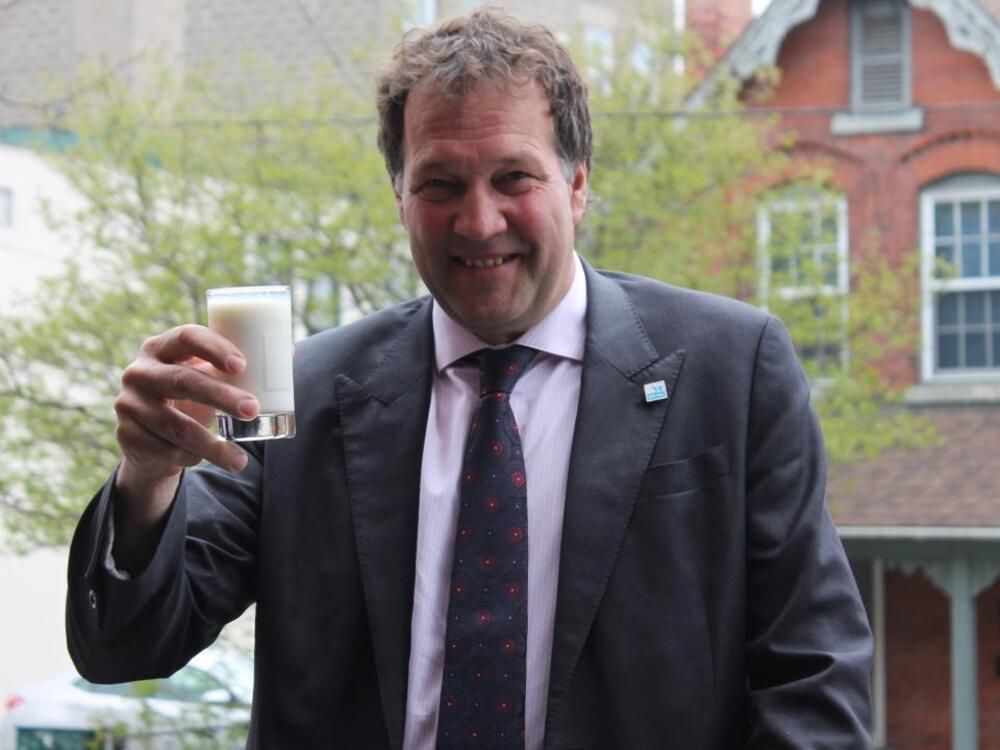 Just before June 1, the Food and Agriculture Organization of the United Nations (FAO) launched its annual World Milk Day to recognize “the importance of milk as a global food”. The FAO urged the world to join the 2022 campaign. “The celebration begins with the Enjoy Dairy Rally from 29-31 May, culminating in World Milk Day”, which was Wednesday. This year’s theme was to recognize the contribution of livestock and global dairy production to climate action.

Ah, but it’s Canada. On May 27, just before the celebrations began, Dairy Farmers of Canada filed an application with the Canadian Dairy Commission, asking for a surprise mid-year increase in farm gate milk prices. The board, which sets prices for Canada’s supply management system, had already given farmers an 8.4% price hike for 2022, the largest increase in history. Now the farmers’ group wants another increase, which will take effect in September.

Unsurprisingly, Dairy Farmers of Canada (DFC) boss Pierre Lampron did not mention the demand for a price increase when he appeared on the group’s website with a big smile and a glass of milk at hand (see photo above). “Join me on June 1 to raise a glass in honor of the 20th anniversary of World Milk Day!” It was only after the celebrations that Lampron’s organization announced their plan.

News of the requested price increase was released Thursday by the Dairy Commission, a federal Crown corporation, which said farmers had promised they would allow the value of the new price increase to be deducted against d other price increases that may be introduced at the end of the year. The farmers released their own statement on the request for what they called an “early price adjustment” in the future farm gate price.

Lampron’s name does not appear in the DFC statement, which says dairy farmers are facing “skyrocketing” prices for fertilizer, fuel, feed and other inputs.

There is no doubt that farmers of all kinds are under major inflationary pressure as the global economy adjusts to the impact of massive doses of government spending and monetary expansion, as well as the price pressures created by the pandemic and the war in Ukraine. But the DFC manages to turn farmers’ inflationary pressures into a unique situation that requires regulated action – raising prices.

In its statement, the DFC also portrayed its members as innocent and powerless price-takers from complicit big corporations. “Unlike producers of other goods and services, who can adjust their prices behind closed doors, the farm gate price of milk is adjusted in a fully open and transparent process through the CDC. This transparency is one of the many benefits Canadians derive from our supply management system.

It is not often that Canada’s dairy supply pricing and quota system is described as open and transparent. The current application, under a government system of price regulation, will be considered behind closed doors.

DFC then went on in its statement to describe the dairy supply management regime as the great protector of Canadians from the ravages of supply chain disruptions. After the challenges of the pandemic and the war in Ukraine, the DFC said: “Canadians understand, as perhaps never before, just how vulnerable they are to supply chain disruptions. Self-sufficiency in our food production is essential; Supply management is a pillar of food sovereignty that has and will continue to protect Canadians now and in the future.

Canadians should also make dairy protectionism a top priority, with the goal of celebrating World Milk Day rather than Milk Price Rise Day.

Sign up to receive the best daily stories from the Financial Post, a division of Postmedia Network Inc.

Thank you for your registration!

A welcome email is on the way. If you don’t see it, please check your spam folder.

The next issue of Financial Post Top Stories will soon be in your inbox.

We encountered a problem during your registration. Try Again