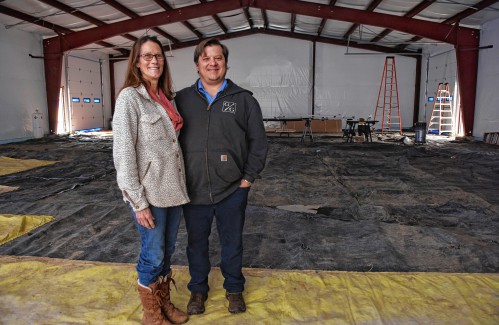 The Recorder – Greenfield Glass seeks to grow its business

GREENFIELD – With the expansion of its facility on River Street, a long-standing local business is expanding its footprint over the coming year.

Construction on the new Greenfield Glass shipping and receiving garage began in early December and is expected to be completed by the end of January, according to company president Cynthia Stasny.

â€œWe’ve needed it for a while,â€ Stasny said. â€œWe went out of space and wanted to stay in Greenfield. We were finally able to collect all the ducks in order to build a building that met our needs. “

The family business has been in Greenfield since 1983, according to its website. Stasny said the company previously operated in a building on Deerfield Street until 1999 when it moved to its current address at 52 River Street.

The company serves all of Massachusetts, with services also in southern New Hampshire and Vermont. Today it employs 25 people, and 35 people in high season. Stasny said Greenfield Glass also plans to expand in Connecticut.

Over the past year, Stasny said, business has been “very good”. She expects business growth in the coming year with the new River Street garage.

â€œWe have been very, very lucky,â€ she said.