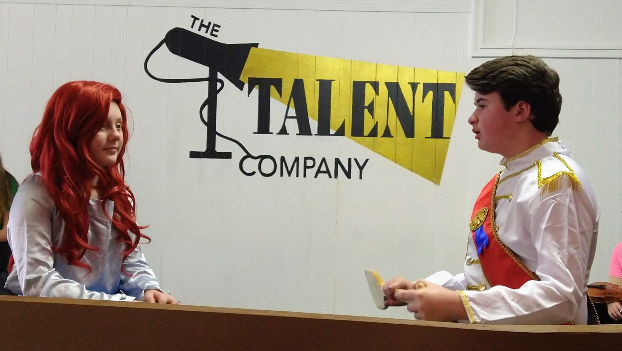 The Talent Company is about to perform “The Little Mermaid Jr.” – Stanly news and press

The Talent Company is set to take audiences “under the sea” with their new musical which premieres this weekend at the Albemarle Neighborhood Theater. This is the group’s first musical since “Beauty and the Beast” last February.

“The Little Mermaid Jr.” will be a short form of the Broadway hit based on the 1989 Disney animated classic. The cast consists of 26 children aged 8 to 13 playing all key roles, including Ariel, Prince Eric and the Sea Witch colorful Ursula.

The group, which has around 40 members ranging from elementary to high school, typically host the first production of the year for its older actors – “The Glass Menagerie” took place in June and featured high school and recent graduates – and a production primarily for its younger members in the fall, according to Laura Almond, TC treasurer and “Little Mermaid” production manager.

After last year’s “Beauty and the Beast”, the members voted to perform “Shrek” or “The Little Mermaid” for this year’s musical. TC’s board of directors chose to go with the latter because “Shrek” allegedly forced the group to purchase costumes from vendors across the country, many of whom are still not working due to the pandemic.

â€œWe are trying to respond to what they want to do, but at the same time we have to make the financial and logistical decisions that come with it,â€ Almond said.

Unlike more sophisticated classic productions like “The Glass Menagerie”, which are popular but could have a more specialized audience, Disney productions tend to attract more demographics, with many people coming to watch them to reconnect with their own experiences. childhood. with the beloved properties, said Almond.

â€œWe’re not naturally drawn to Disney, but I think kids do,â€ she said. â€œWe like to keep everything light and family-friendly. “

TC also likes to choose productions that provide its members with key opportunities to learn more about theater and what goes on in live shows and the many Disney properties, Almond said, tend to match this. law Project.

â€œDisney does a really good job of structuring their musicals so that kids can really learn every aspect of theater, from terminology to structure, to rehearsal time and what it really takes,â€ a- she declared.

Almond said the musical, which runs for around an hour, is largely faithful to both the Broadway production and the movie and she believes audiences will appreciate it – especially the planned special effects, such as bubbles appearing during the performance of “Under the Mer” and colored fog when the sea witch Ursula casts a spell.

â€œWe put in some pretty cool special effects for the audience that gives them more of an experience where they’re really going to feel like they’re under the sea with us,â€ Almond said.

The auditions took place at the end of August and the actors have been rehearsing every weekend since. Almond said COVID hasn’t really had an impact on rehearsals.

TC’s next production will be “Annie”, which is slated for February.

Chris Miller has been with SNAP since January 2019. He graduated from the State of North Carolina and received his Masters in Journalism from the University of Maryland. He previously wrote for the Capital News Service in Annapolis, where many of his stories on immigration and culture were published in national newspapers via the AP wire.